If you haven’t seen College Humor’s awesome series “What if Google was a Guy” – you’re welcome. It’s based on the premise that if Google were a guy in your office, your search queries would seem ridiculous or embarrassing.

We all laugh, because obviously Google isn’t a guy. “Google” is a thing made of algorithms, science, future bits, and lol catz.

Except, Google search results are programmed, coded, and monitored – by people. People like Matt Cutts.

Who Is Matt Cutts?

If you don’t know who Matt Cutts is – he’s kind of officially the “Google Guy.” Literally.

As head of this crucial team, Matt deals with thousands of SEO and ranking queries every month, so it’s safe to say when he has news, he’s got a captive audience of avid readers waiting with baited breath. Let’s just say frontpage rankings aren’t a problem for this guy. So, why does Matt – who loves blog posts, for the record – use explainer video as his go-to medium instead of posting his news in a forum or writing a text-only blog?

In a recent post about the decay and fall of guest blogging, Matt used not one but four videos to break down each factor and policy change affecting this complicated topic and explain the new criteria – and people ate it up.

Matt dives into SEO minutiae that would confuse SEO experts – and manages to not just communicate the updates, but charms his audience into understanding them with his personal touch. Each video is from “Matt” – not just a Google Webspam dude.

Explainer video lets Matt keep his audience in mind (so important!) while getting his message across. Four videos to talk about best link-building practices – that’s why you’re the “Google guy,” Matt.

Also, he recently stated on his awesome blog (seriously, you should be reading it) how email responses – even great ones – don’t compare to video explainers:

“Answering emails provides the illusion of progress, but it’s one of the least scalable ways to communicate. When you answer an external email, you’re usually helping one person in private, as opposed to helping many people at once like with a video.”

Explainer video is more than just demonstrating the value of a product or highlighting its features. It’s an opportunity to engage your market – your audience – with updates to your services, and to give helpful answers to their many, many questions.

Use video to explain yourself, and you might become the go-to “guy” in your field.

If you have any questions about SEO, Google, or spam – just watch more of Matt’s videos at Google webmasters and you’ll be fine. And if you’re looking for an explainer video studio, check out our work! 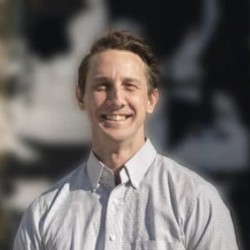 Latest posts by Shawn (see all)
Categories
Archives Can Instagram Reels Compete with TikTok?How to Calculate ROI on VideosA Video Marketer’s Guide to GeotargetingBuild Business Connections in a Time of Social DistancingE-Learning is the Corporate Training Solution
Share

As more consumers watch media on mobile, businesses are ditching voiceover in favor of silent explainer video. Here are some of our favorites.

Non-profit video can help organizations raise awareness, and educate the public. Here's how some of the biggest non-profits are using animated explainer videos today.