The gloves are coming off (literally) in this week’s Friday Animation Roundup as we look at trends in VR animation, examine the newest Oscar-nominated animated shorts, and finally get to the bottom of why so many cartoons wear white gloves. Animation is full of subtle influences, tropes, and trade secrets that are all part of why we love animation so much.

Let’s explore some of the best in animation this week.

Thursday: Pick of the Week: Father and Daughter and the Power of Mask

It’s a simple question, but you can learn a lot about how animation works, why we like it so much, and what animation is hoping to achieve in the viewer by digging a little deeper into the seemingly simple question—Why do cartoon characters always wear gloves?

Motion designer and writer, Estelle Caswell at Vox (she’s fantastic) took a deep dive into the animation pool to find the answers, and they might surprise you.

The main reason characters wear gloves is time, specifically, the lack of it.

“Animation of any kind—even computer —is a very labor-intensive process,” says John Canemaker, animation historian and NYU professor. Traditional 2D cell animation demanded mass produced style and easily repeatable lines. Anyone who’s tried to channel their inner Escher and sketch their own hand knows what a time-consuming process that can be. Gloves solve a simple logistical problem.

Hand-drawn production demanded repetition, and that shaped the format for decades. But another limitation ushered in the era of white gloves—black and white film. 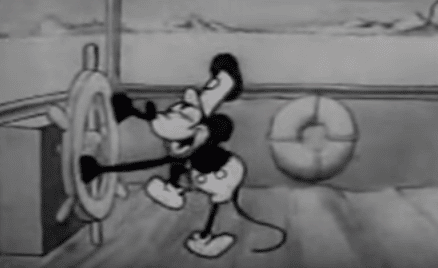 But the most interesting thing that gloves do for a character isn’t about production, or clarity—it’s about empathy. Walt Disney himself addressed the issue of adding gloves to Mickey, Goofy, and a whole host of anthropomorphic characters throughout the years:

“We didn’t want [Mickey] to have mouse hands, because he was supposed to be more human. So we gave him gloves.”

The gloves subtly make Mickey more identifiable on screen, easier to draw, and ultimately more likeable. Gloves, like so many character design choices in animation, is all about bringing the characters to life so viewers can connect with the story. So next time you see a glove on a cartoon, remember that it’s there just for you.

This year’s crop of Oscar Nominated animation shorts is coming to theaters for a brief run before the 89th Oscars in February. Aside from the fantastic shorts featured here, the Oscars is practically bristling with animation. 27 films are up for awards in a variety of categories. Get excited for animation on the red carpet.

Google’s Spotlight Stories, highlights the capabilities and storytelling power of 360 degree animation with Pearl/. Follow along as a father and daughter each pursue their music careers in one beat up old car. The father struggles with the life they lead in pursuit of his dream—they travel across the country while living out of a car—but the life is one that the daughter, Pearl, grows to love.

What’s more compelling than the narrative however, is the way the story is told. The entire thing unfolds inside the car. Time passes. Scenes change. Years go by, but the camera remains in the car. But you control what the camera sees. Look out the window. Stare through the sunroof at the stars. Look at the floor. It’s your call.

The Earth is a Gravity Prison — Kurzgesagt

The future of animation is a constantly moving target. Stay tuned for more animation news, culture, and video marketing tips every week!