How much is a video actually worth? It’s a simple question with a difficult answer. A quality explainer video is expensive, but a single explainer video can also launch billion dollar businesses (like Dropbox). Measuring the impact of video is tough because every video is a moving target with different objectives, audiences, and metrics. However, Dr. James McQuivey might have found an interesting way to think about the value of online video.

I can feel you scratching your head at this ludicrous figure. I know it seems like a random number, but the math kind of checks out. All you have to do is plug in a few factors, look at the way people use social media, and crunch some numbers.

Video is Worth 1.8 Million Words 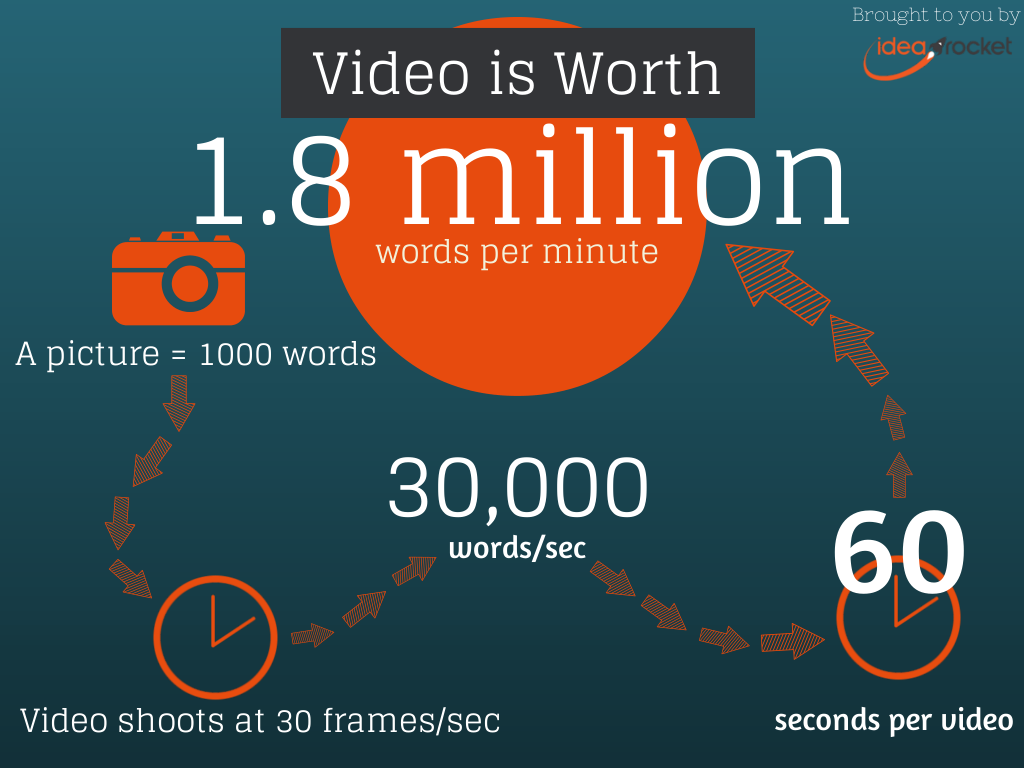 McQuivey’s equation (that’s what I’m calling it) goes something like this:

This “value” makes a lot of fun assumptions to make a point about the power of video to engage viewers, but it’s not that silly. One study found that when you pair images with information, “people retain 65% of the information three days later, as opposed to just 10% with text alone.” Another study by Insivia found that “viewers retain 95% of a message when they watch it in a video, versus 10% via text.”

Both studies found the same low retention rate for text alone, but there’s a 40% bump in the already high retention rates of visual aids when you add video. Not a bad start to assessing the value of video.

It’s no secret that visuals—gifs, images, and video—boost engagement with social media. In 2016, Wistia and HubSpot found that “social media posts with videos in them boost views by 48%, and visual content on Facebook specifically increases engagement by 65%.” We like video a lot, and a link and thumbnail of a quick 15-second video is a great way to get around that pesky 140 character count. And that’s the real value of video. 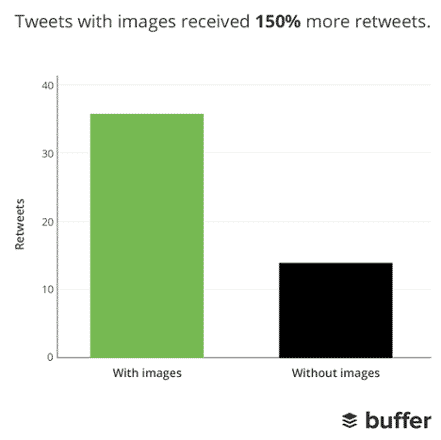 Video can cram everything you want to say into just a few seconds. As more people watch more video on mobile devices, video has become the default way to communicate information. That’s good news for any company with video.

52% of consumers saying that watching product videos makes them “more confident in online purchase decisions.” People also naturally gravitate toward images and video/. One Marketing Profs study found that “the average user spends 88% more time on a website with video than a website without one.” People like to see what they’re going to buy or watch someone explain a new idea. At the end of the day, a video is just a bunch of images crammed into a few seconds, and our brains are hardwired to like pictures.

As micro video content continues to drive social media and sites like Facebook, the economy and immediate impact of video becomes more apparent. Is a 60-second video really worth 1.8 million words? Probably not. Yes, some RSA-style animated videos can pack in a lot of information in a short time, but that’s a lot. 1.8 million words is roughly 3,600 pages of text! Does your video or whiteboard animation match up to more than five copies of Ulysses combined? Not likely.

The Value Of Online Video

High quality, concise, informative explainer videos are incredibly valuable—maybe even worth millions (of words). People want helpful content that can answer their questions in seconds, and video is still the only way to do that. Ignore the crazy marketing stats and wild theories, and embrace video as the fastest, most effective way to reach new leads.

Track your goals with specific metrics, adjust your target audience as you gather new data, and employ video on every platform from YouTube to Facebook, Twitter, Instagram, and your website. In today’s fast-paced marketing world, video is worth a lot, but there aren’t any magic shortcuts.

For more details on how you can calculate the ROI on your video – or the one you plan to make – watch Will’s five-step Calculating ROI series. You can also download our free eBook for tips on how to succeed with animated video.

Shawn
Born in Southern California, Shawn grew up surfing, eating In-N-Out, and growing his hair long. After graduating with a Liberal Arts degree from CSU Long Beach in 2005 he left the crowded freeways behind and spent the better part of a decade traveling the world living for stretches in Rome, Hawaii, Australia, New Zealand, and Brooklyn. He writes novels as well as copy, loves learning keyboard shortcuts, and plays his grandpa’s old lap steel guitar. You can hear his band at ponieswillbiteyou.com
Latest posts by Shawn
Four Elements Of A Great Video Narrative - 07/13/2019
Why I Didn't Watch Your Video: Low Quality Audio - 03/12/2019
A Video Is Worth 1.8 Million Words - 09/04/2017 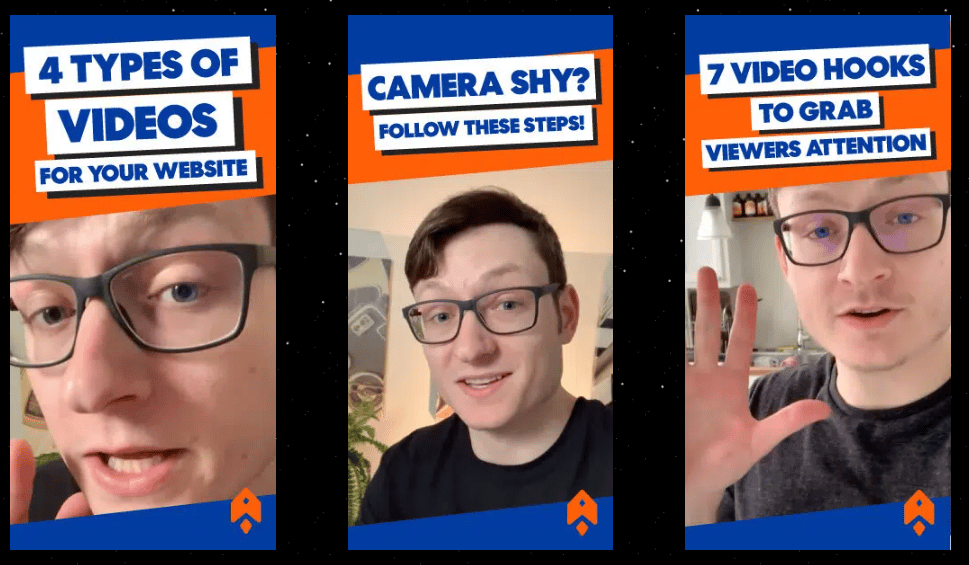