With so much great working being done in the animation and explanation spaces these days, each week we like to highlight an impressive piece of work. This week’s selection is a fast-moving, forty-five second explainer that nimbly presents an overview of the often mentioned, but rarely understood “dark web.”

This video was made by AJ+, an English-speaking, all-digital news channel created by Al Jazeera Media whose slogan is “Experience, Engage, Empower.” The channel was established in January 2012, shortly after Al-Jazeera opened offices in San Francisco. Most of the content is geared for AJ+’s mobile app, as well as YouTube, Facebook, Instagram and Twitter (with written content dispensed on Medium).

Here’s their explainer about the dark web:

Three Things We Love About This Video:

1) A Tone that Matches Subject Matter: Most explainer videos, by nature, are upbeat and present a sense of honesty and transparency. After all, who are you going to listen to: an energetic confidante or a mopey fiend? But the challenge of this video is a bit tricky, because the subject matter itself is inherently shadowy, which risks creating a disconnect between the presentation and the content being presented. Cleverly, this video is able to create a creepy, crawly, murky tone that helps describes what the dark web is, while not betraying the essential objectives of an explainer video.

Here are a couple of ways this is accomplished: 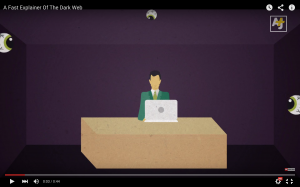 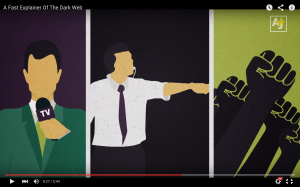 2. Memorable Static Images: The advantage of an explainer video (as opposed to an Infographic) is that it’s more complex, in-depth and can take viewers through a story. But as with any story—be it a movie, book or friendly tale—the most effective ones often include memorable moments; images that can dutifully hold together bigger ideas and themes. And this video does a good of that with shots like the following: 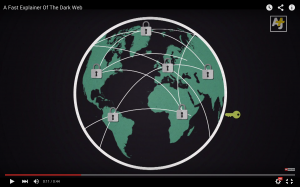 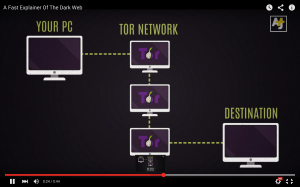 3. Strong Finish: Whether you end with a call to action, a summary of content, or a highlighted piece of information, it’s important to try and leave a good taste in the viewers mouth. And this video does just that by ending on the most intriguing (and salacious) details: “The seedy underbelly of illegal drugs, weapons and sex trafficking.” 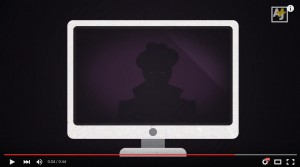 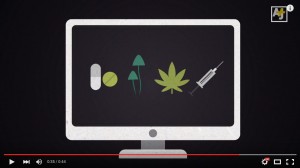 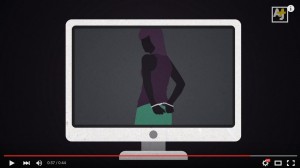 By finishing on this, the viewer can’t help but want more. And that, in many ways, is what an explainer strives to achieve.

How to Find the Best Animation Companies for Business Video
10.26.2022 | by William Gadea