Typically, we use our Pick of the Week to shine a light on an outstanding explainer video and/or impressive example of whiteboard animation. This week, however, we wanted to focus exclusively on storytelling, and we were particularly moved by an award-winning short film called The Looking Planet that personifies the power of story.

The Looking Planet was created by a young animator named Eric Law Anderson. Before we get into the narrative of his film, we wanted to briefly touch on Anderson’s personal narrative and his struggle to finish The Looking Planet. Not only is his persistence inspiring, but it’s a great reminder to all of us that sometimes a good idea is worth fighting for.

Eric Law Anderson surely fought that fight. In 2001, while a student at the USC School of Cinematic Arts, Anderson’s short film Horses on Mars was accepted at Sundance and a handful of other festivals around the world. Looking to follow up on this success, he embarked on a more complicated project, The Looking Planet, which wound up taking over twelve years to complete.

The Looking Planet is a straightforward but sophisticated story about about cosmic engineers who are responsible for constructing the universe. But in the midst of that universe building, they grow tired of their work and follow a new path toward fulfillment.

Unable to work on his own projects full-time, Anderson worked as a writer for Columbia Pictures and later did animation for an aerospace company. In 2007, he approached USC about returning there and working on The Looking Planet with the more sophisticated motion-capture equipment then available. That plan worked, but his fundraising plan (on Kickstarter) didn’t. Undeterred, Anderson forged forward and completed the film with his own money.

Click on the video below to watch The Looking Planet:

3 Things We Loved About This 3D Animation

1. Hero’s Journey: Whether it’s a person, creature or even a company, most stories are powered by the journey of a hero. And oftentimes, as in The Looking Planet, stories thrive when feature an unlikely hero. Why is that? What accounts for our collective fascination with unlikely heroes? There are certainly many reasons why this is the case, but I believe it’s the following three that prevail most universally:

All three of these elements are strongly on display in The Looking Planet. But, as we know, success on any frontier is about more than ideation; its reliant on skillful execution. So let’s look at a few of the things that Anderson does to build a protagonist whose story both entertains us and entices us to follow forward.

Almost immediately, we learn that our hero sees the world different. He has an unlikely perspective that earns out interest and sympathy, while also setting up possible intrigue ahead. 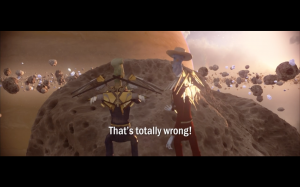 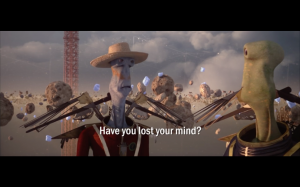 After this initial conflict, we stick closely with our hero. Alone with him and what feels like his thoughts. But it doesn’t feel isolating. Instead, because of the expression on his face and the composition of film’s frames, we are filled with hope and excitement. 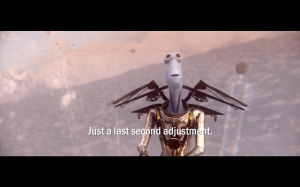 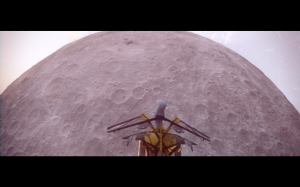 And now we root for him, growing increasingly invested, as our unlikely hero fights for his unlikely idea… 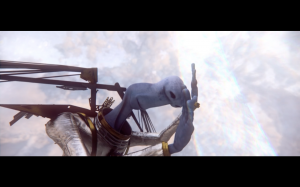 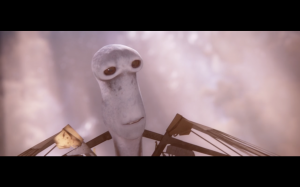 Antagonists with Purpose: What’s an antagonist but an obstacle in motion? And whether you’re watching an epic movie or a short explainer video, there’s nothing less compelling or persuasive than sitting through a carousel of flimsy obstacles. That’s why we appreciated how the antagonists in The Looking Planet were presented.

Take, for example, our hero’s mother, who we never even see up close. Instead, we see her only from behind, enabling her to remain a more nebulous threat. 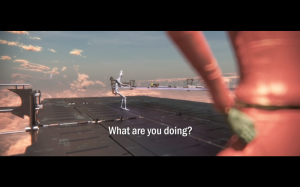 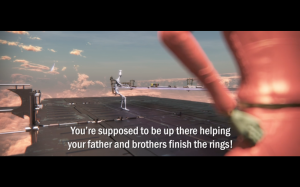 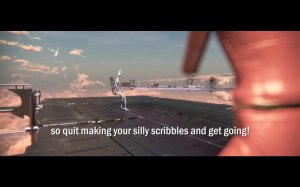 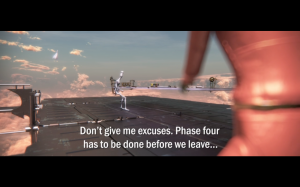 She is presented (as you can read in the text) as the classic nag. But her nagging isn’t simply included to try and engender sympathy for our hero, but rather is has a story purpose: it’s our gateway into our hero’s imagination. It’s enables us to see the world from his point of view: 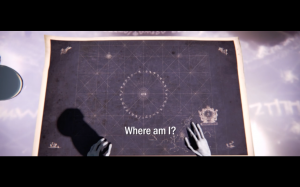 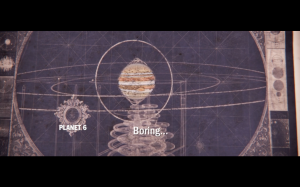 And from there, we understand him better as our unlikely hero and grow closer to him–curious and captivated–for the story trajectory ahead. 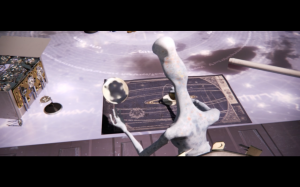 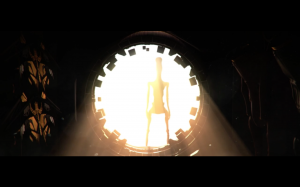 The Beauty and Intricacy of Shots with a Wider Scope: When building a story, it can be important to depict the narrative from a variety of vantage points. On the surface, the value of doing so is that it folds alternative perspectives that will make your story feel more comprehension. But more subtly, and perhaps more importantly, it can anoint your story with a sort of self-contained realism; a sense amongst audience members that the world you’ve created is real and complete and exists outside of just the scenes that they have seen.

The Looking Planet curates world-building in several effective ways. In particular, we were impressed by the beauty and nuance of the wider shots throughout the film. 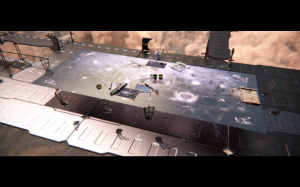 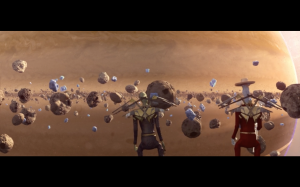 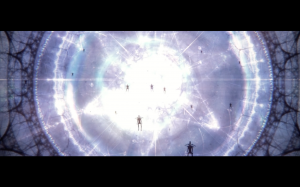