Over the last two decades, animations have begun to pop up in courtrooms more and more often. As more attorneys choose to invest in legal animation, understanding when and how animation is used in the courtroom has become more urgent.

As early as 1996, experts were predicting that courtroom animation would become part of the attorney’s essential toolkit. Today, that future seems to have materialized. A whitepaper from the Bureau of Justice Assistance, U.S. Department of Justice states, “Today, juries expect video to be presented to them in every case, whether it exists or not.”

It seems that video evidence in general, and forensic animation in particular, is no longer an optional tools court. Video is becoming central to success in everything from accident cases to anti-trust lawsuits.

What is Legal Animation?

The best animations for court illustrate the full scope of an expert’s testimony, allowing jurors or judges to visualize exactly what happened. Evidentiary videos may be entirely animated, or they may switch between animations and existing footage from dashcams, security tapes, or drones.

Keep in mind that an animation is different from a legal simulation. Simulations are more scientific in nature, and are generated by applying scientific principles to the question at hand. By contrast, animations are used as visualizations and do not need to meet the same standard of scientific rigor. It is usually much more challenging to get a simulation accepted into evidence.

Debating the Admissibility Of Legal Animations as Demonstrative Evidence for Court

As early as 2000, legal teams used animations to help judges and juries visualize what witnesses had described.

Most courts have determined that animations are admissible as demonstrative evidence under certain legal conditions. Although the conditions vary across states, countries, and court systems, they usually boil down to:  the animation is admissible as long as it is fair, accurate, and not prejudicial.

Reasons To Use Legal Animation

Animation is more than a fad in courtroom evidence. It’s a useful tool that can directly impact the jury’s understanding of events. Here are four reasons attorney’s are choosing to use animations instead of still images or text.

1. People are more likely to retain information when it is delivered in multiple modalities

2. Video of an event does not always exist

Animations allow for video of events that were not or could not be filmed. For example, a case in Colorado Court of Appeals used an animation to show the mechanism of harm that leads to shaken baby syndrome. The animated format allowed the jury to see inside the body of a baby to understand the injury.

In the absence of security footage showing an accident, suspected assault, or alleged criminal action, animated videos may be the next best tool legal professionals have.

People often struggle to visualize issues of “time, speed, distance, and visibility” as Gerald A. Klein, P.C. of Klein & Wilson points out. Animations can help clarify these difficult-to-imagine details. They give attorneys more control over how evidence is perceived and ensure that jurors don’t jump to conclusions based on assumptions.

Expert testimony may be dry and difficult for the layperson to follow. Animation can help translate complex issues into a visual, easy-to follow format.

How to Make Legal Animation for Court

When making legal animations, it is important to avoid departures from reality that are easily impeachable. For instance, if CGI is being used to recreate a car crash, it’s best to assure that the model and make of the cars match, and the topography of the street closely matches the actual location.

Prioritize quality when making these videos. While do-it-yourself tools do exist, attorneys are better served by working directly with an animation company that can ensure the quality and accuracy of their animations.

Look for an animation company that:

When you work with these companies, see what you can do to integrate them into your case team. “We recently were working with a law firm on a mass action suit,” says IdeaRocket Creative Director William Gadea. “It really helped to have direct access to their environmental consultants, so that we could make sure we had the science right.”

For help creating court animations to support your next case, contact the animation experts at IdeaRocket. We have the professional approach and expertise you need to make high-quality animations for court and other legal applications.

Emma Rose
Emma Rose is a content marketing expert, SEO extraordinaire, and research addict who believes life is better when it’s animated.
Latest posts by Emma Rose
What are the Pros and Cons of Virtual Reality in Business? - 02/01/2023
How To Raise Awareness Using Nonprofit Explainer Videos - 01/25/2023
Real Or Fake? The Truth About Video Marketing Statistics - 01/18/2023 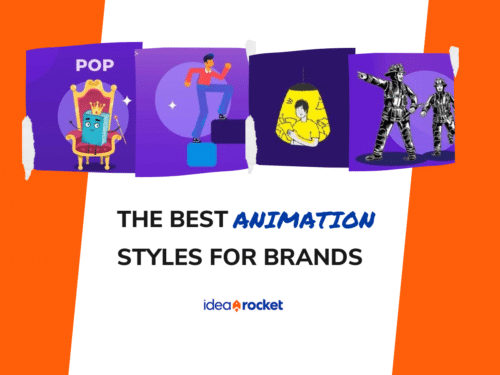 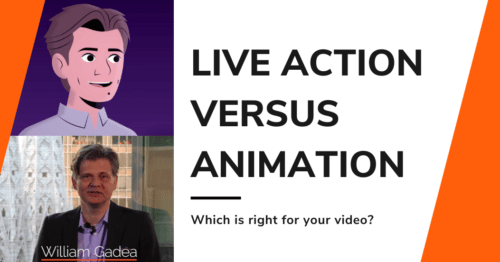