It’s not that Faction’s services are that hard to explain; it’s that even the technically savvy might not grasp the full potential and extraordinary value at first glance.

Faction provides Cloud Data Services to companies that are looking to migrate to the cloud or are already there. The video we produced for them last year provides a pithy explanation of their value proposition:

“We didn’t have any current videos that reflected our offerings, so we needed something that explained the nature of our business a bit more clearly,” said Brittany Gunter, Senior Marketing Manager at Faction. “And we wanted something to feed our nurture process.”

Faction’s typical target company size ranges for Mid-Market to very large Enterprises, where they manage a number of large Fortune 500 accounts. These accounts typically have a large and complex IT footprint that spans on-premise, hosted, and public clouds. The decision-makers in their buying process usually include the CIO, but the choice is influenced by Systems Administrators, Architects, Data Scientists, and others in the hierarchy.

Faction had a well-developed brand identity that included colors, fonts, and a logo. IdeaRocket based the look of the video on this starting-off point, so that the asset we provided could be a seamless extension of their home page.

We provided Faction with two moodboards from two separate artists: the first look was isometric and blue-dominant. 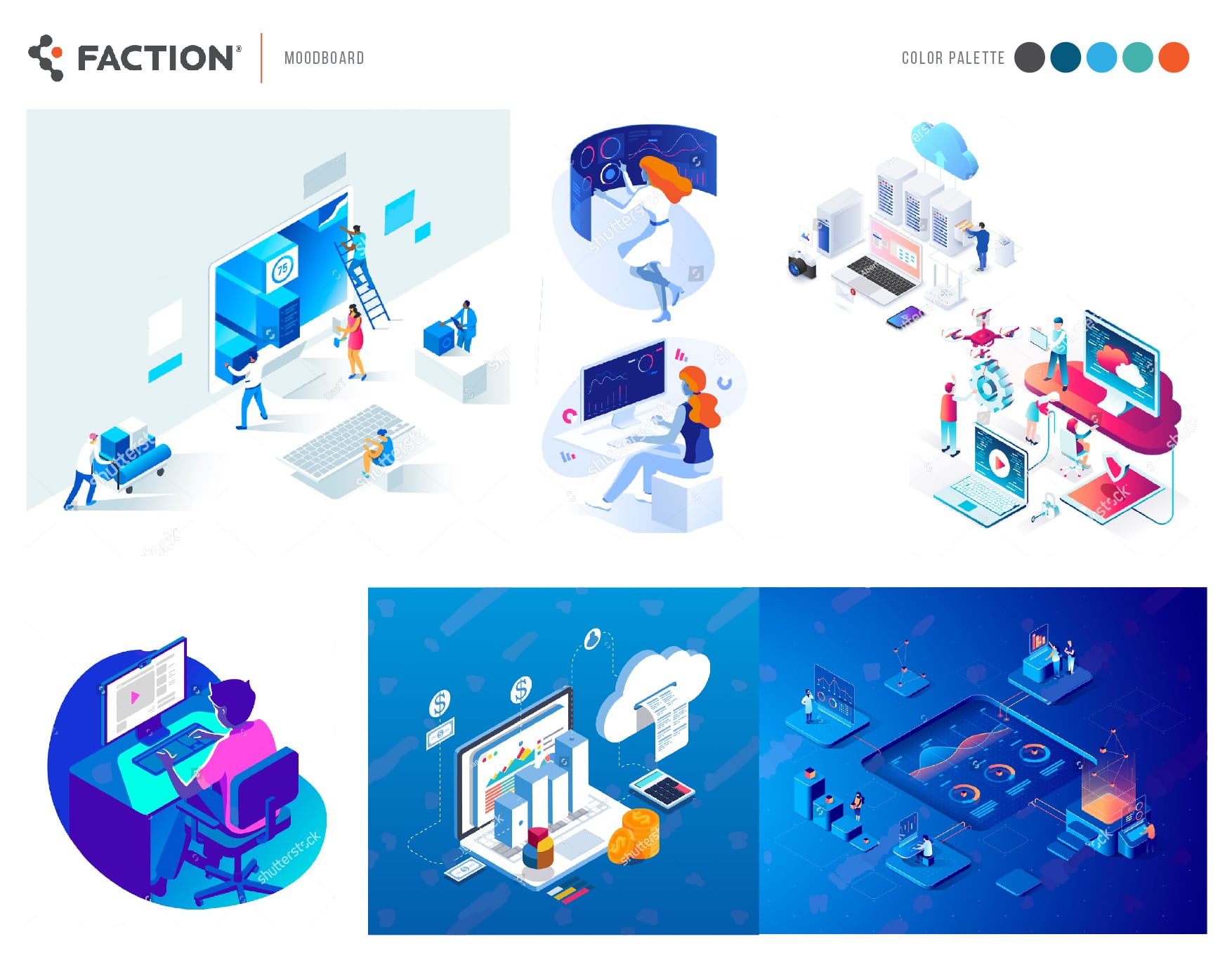 The second look was flatter and more orange-dominant.

Of course, these two looks were not an either/or choice, but rather a way of kicking off a conversation that helped us identify the best approach for their brand. Faction picked the second style, but preferred a more blue-dominant palette, so we turned in that direction. We brought in 3d elements to the 2d look; a lot of the visual fun of the piece comes from the contrast between flatness and volume.

When it came to creating the protagonist’s movements, we gave him a stylized, puppety motion that is fun to watch. Fluid and varied transitions take us from scene to scene.

While the voice-over is a fairly straight-forward description of benefits, the images tell the story of an IT geek with a problem. Our story-telling follows the classic three-act structure:

When comparing periods before and after the introduction of video, time on page improved by 16%. The percentage of visits that resulted in the submission of a query – what in this case we will call the conversion rate – improved by 63.9%. (This number might have been influenced by other on-page changes.)

However, this wasn’t the result that Faction was happiest about. Their email nurture program is important for their business, and they were able to ascertain that at least two sales were influenced by the video, including one sizeable six-figure deal. This was a direct indication of significant ROI.

As of this writing, the video is still gracing their home page.

“I was surprised at how process-ized everything was, even though that’s not a word!” laughs Brittany Gunter. “There were different stages to making the video, and it was always super-clear what we had to do – never overwhelming. It was just fun to watch it come: ‘okay, here’s some concepts, here’s a storyboard, what do you want the people to look like?’

“I was just surprised at home much fun it was on my side… and I didn’t have to do much heavy lifting,” she says.

The litmus test for whether a client is truly happy is whether they come back for more, and Faction has. IdeaRocket is currently producing their next video. As resourceful marketers do, the folks at Faction are constantly looking for new conceptual lenses that dramatize their value proposition, and they have found one. It’s too early to spill the beans, but look for a new Faction video soon! 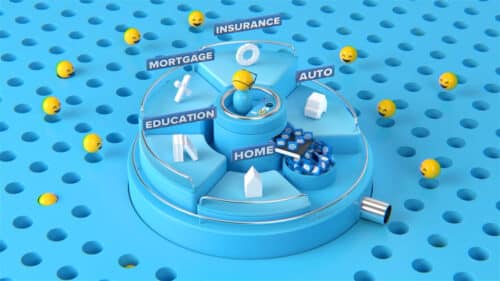