Virtual reality technology is getting better and more accessible. You can use it to play games, teach technical skills, or present experiential marketing campaigns to customers. Just put on a headset and you’re suddenly somewhere else. It’s all possible thanks to stereoscopic technology. That’s what makes VR look real. And the history of this technical magic trick starts long before the digital age.

The human body has binocular vision. That means most people view the world through two eyes. Because our eyes are positioned side-by-side, our brains are able to combine that input into a single image.

In reality, each of your eyes sees from a slightly different angle. That means each eye projects a subtly different image back to your retina. Every time you look at something, your brain performs a magic trick. It turns two slightly different views into one 3D image. That trick is what makes red and blue 3D glasses, those View-Master toys you had as a kid, and the more advanced technology of VR feel real. Let’s find out why.

The First Use of Stereoscopic Technology

Stereoscopic technology creates the illusion of 3D depth using a pair of 2D images. By presenting one image to the left eye, and one to the right, stereoscopy tricks the brain into seeing a 3D image. The pair of images is known as a stereogram. Each one must be taken at the correct angle to accurately reproduce the experience of looking at the world with two eyes.

Pictures alone are not enough. That’s why Sir Charles Wheatstone invented the Stereoscope in 1838. The first working model used line drawings instead of photographs. (Because photography wasn’t a viable technology until 1839.)

Wheatstone used lenses to make each image appear larger and farther away. Placing each image directly in front of the eye with a nosepiece divider in between helped ensure that each eye saw only one image.

Stereoscopy at the Movies

The technology for 3D movies has been around since the early twentieth century, but it’s had its ups and downs in terms of popularity. At first, it started as a niche market due to how costly it was to produce. As the technology evolved, it became more affordable. Today, directors and cinematographers are still experimenting with 3D graphics. Movie studios made old-school 3D films by placing two camera lenses side-by-side. The left eye footage was filmed using one colored filter, and the right eye footage used a different colored filter. Both sets of footage were superimposed over each other when projected in the theater using two separate projectors.

Audience members wore glasses with one red lens and one blue one. Each color would filter out one image, essentially presenting a different image to each eye. Like the stereoscope before it, the lenses on the 3D glasses created the illusion of three-dimensional depth in the movie. The first 3D movie from a major studio was House of Wax by Warner Brothers.

Unfortunately, these lenses were less than perfect. The color filters make the image seem fuzzy and affect the color quality of the show. Fortunately, a scientist at Polaroid came up with a solution. Edwin Land and his team developed polarized lenses that eliminated the color problem and brought us a step closer to VR technology.

You’ve probably heard that light can be described as a wave. Polarized lenses filter light waves. Only the waves that are moving along the correct plane can pass through the lens. In modern 3D glasses, one lens filters out horizontal light, the other filters vertical light.

Directors still record the film using side-by-side lenses, but instead of colored filters,  projectors are equipped with polarized filters. Each projector has a different polarization – one vertical and one horizontal. The combination of projection and glasses makes the VR look real, or at least three-dimensionl.

All of that work to refine stereoscopy helped researchers make VR look real. Virtual reality is a fully immersive computer-simulated environment that uses an advanced form of stereoscopy. Replacing glasses with headsets blocks ambient light so users only see the simulated environment. Some add headphones, motion sensors, and even gesture controls to fully immerse all of the senses in a virtual world.

The most popular way to experience virtual reality is with a VR headset. Virtual reality headsets use a stereoscopic display to give three-dimensional depth to what you are seeing. Like stereoscopic technology before it, the headset shows each eye a slightly different angle of the same scene. The YouTube video below is an animation designed to be viewed with a VR headset.

Many companies have jumped on the VR bandwagon. Oculus–owned by Facebook–was one of the first big players. Today companies like Samsung, Valve, HTC, HP and Microsoft all offer VR headsets. Google even has a low-tech cardboard headset that works with a smartphone.

The Future of VR and Stereoscopy

Game developers aren’t the only ones taking advantage of VR technology. The medical field has been using virtual reality to train doctors and to help war veterans cope with PTSD.

The pandemic plunged VR technology into the mainstream. Educational institutions are simulating hands-on experience for students and companies are training employees using VR technology. Museums offer VR experiences to patrons who can’t visit in person. And brands create VR experiences to engage customers and sell products. This renewed interest in VR technology shows that necessity really is the mother of invention.

But none of this would be possible without stereoscopic technology. Today we use it to make VR look real so we can train employees, entertain ourselves, sell products, and improve our lives. What will stereoscopy do for us next? The possibilities are limited only by our vision.

Emma Rose
Emma Rose is a content marketing expert, SEO extraordinaire, and research addict who believes life is better when it’s animated.
Latest posts by Emma Rose
How To Choose The Best Video Host For Your Business in 2023 - 02/08/2023
What are the Pros and Cons of Virtual Reality in Business? - 02/01/2023
How To Raise Awareness Using Nonprofit Explainer Videos - 01/25/2023 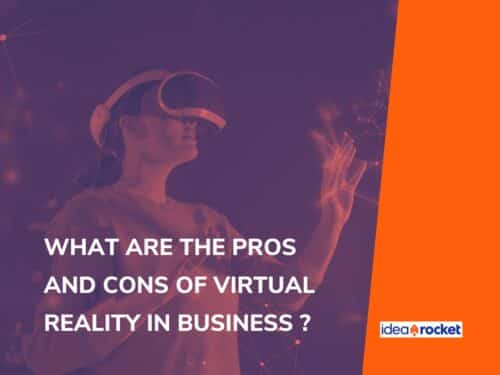 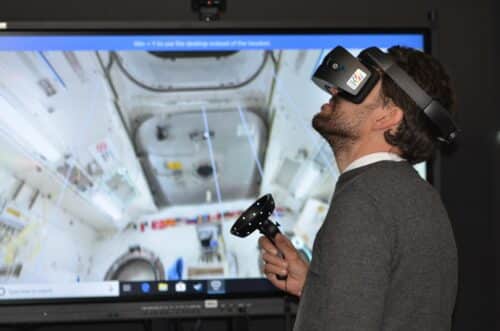