Animation does many things well, but it has one unrivaled superpower: It obliterates doubt.

By its very nature, animation lulls your senses into a state of suspended disbelief with its flickering lullaby racing by at 24 frames per second. Still images move. Wavy lines dance. Flat images talk. In fact, these two-dimensional characters do more than talk—they speak to you with a depth that the real world has difficulty matching.

This storytelling superpower to eliminate disbelief is why even some of the most dedicated documentary filmmakers in Hollywood have turned to animation. The most notable recent example is the National Geographic and Fox Searchlight documentary, He Named Me Malala. The film tells the story of author, activist, and Nobel Peace Prize recipient, Malala Yousafzai, and her struggle as a teenager against the Taliban for women’s education and independence in her native Afghanistan.

Not your typical animation.

Not convinced that animation has the power to tell such a powerful story?

Well, let’s just say that the film’s director, David Guggenheim, thought the narrative power of animation was so persuasive that he opened his documentary with animation:

“I had this instinct that [animation] would help tell her story in a very profound way. It was very important for me to get it right.”

Guggenheim kicked off his dramatic, heart-wrenching documentary of Malala’s personal and then global struggle for women’s education and independence in her native Afghanistan with a cartoon. Let me say that again, National Geographic—home to some of the world’s premiere photographers and videographers—opened a documentary with animation.

Which begs one simple question: Why?

Animation Opens You Up to New Ideas 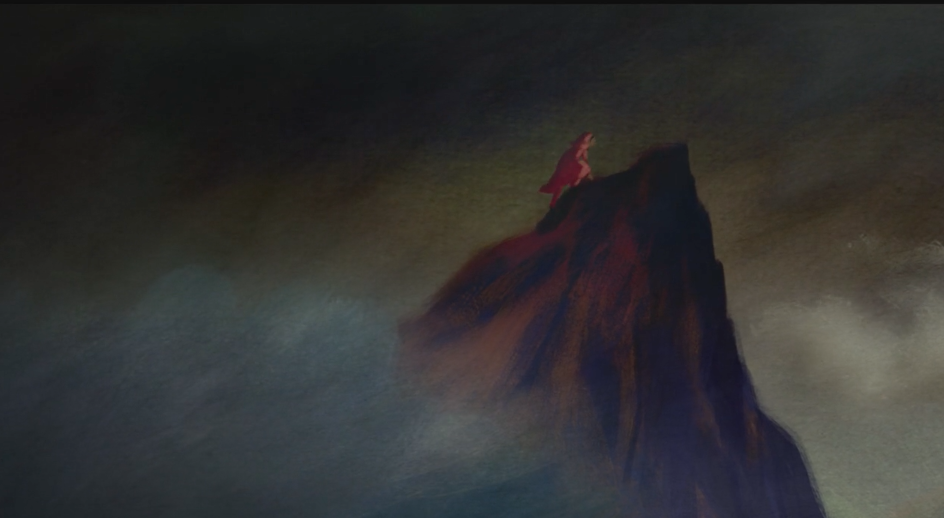 The answer is obvious. In a cartoon you can say stuff like, “She goes up to the mountain,” and everyone knows exactly what you mean. People don’t worry about which mountain she climbed, how she climbed it, or if it actually happened, because the use of animation signals loud and clear, “Hey! This is a story! Come with me!” Viewers recognize the storytelling method and happily follow along—and that’s all that matters.

Compare the reaction to the same sentence—“She goes up to the mountain”—from a live-action interview instead of animation. After all, Malala’s voice is the one narrating the opening animation scene, so there is footage of her telling this powerful Pashtun story of rebellion, identity, and strength. Would viewers react the same way—taking into consideration this is the first scene of the documentary? Would you?

The average viewer might not know anything about this remarkable 19-year old  girl. They probably wouldn’t know anything about the geography of southern Afghanistan. What’s more, viewers might be distracted by the look on Malala’s face, or an object in the background, or any number of minute things as she recounts a memory of her father telling her this story. They would evaluate her—not her story—because that’s what people do. We shoot the messenger and the message gets lost.

No, the choice to begin this documentary with animation is a clear and deliberate effort to hold viewers in suspense until the message can come across. And animation does that better than almost anything.

When you watch an animated story, whether it’s fact or fiction, you’re not judging it based on the person telling it to you. And that changes everything. We’re following along as this character takes us through her story. We suspend judgement and just listen, because if there’s one thing that everyone on earth loves, it’s a good story.

Animation supervisor Jason Carpenter, actually struggled to keep realism at bay in the animated sequences. “Whenever we were too accurate with an animation—or too realistic—we didn’t like it. We wanted it to stay simple, to stay ‘storybook.’” 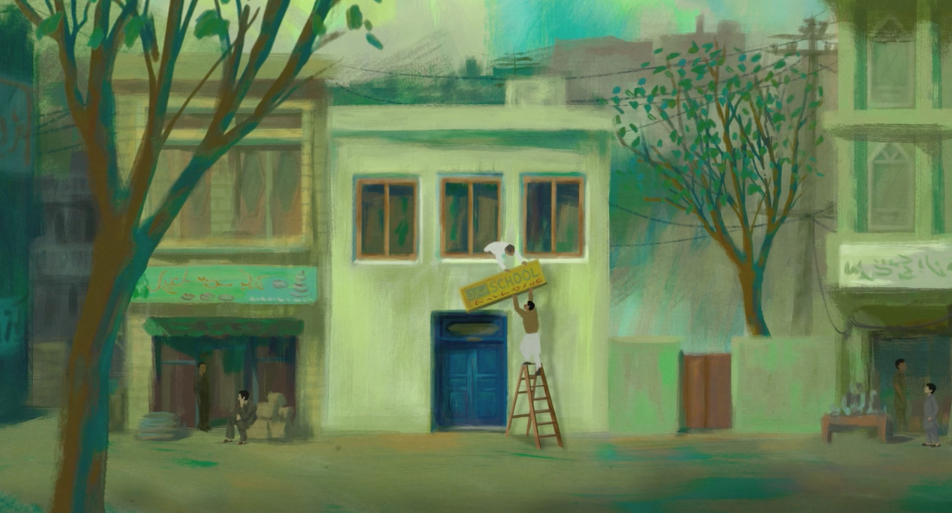 Animation is universal—even while telling the story of a woman’s struggles halfway around the world that you probably have nothing in common with. You still feel connected with her plight—instantly—because of animation. The screen fades from black into her world, and you’re immediately a part of it.

That’s the power of animation.

“There was this relentlessness of this animated story that we know the end of,” argues producer Walter Parkes. “And that’s where the power comes from. Suspense is powerful, because I know what’s going to happen I just don’t know exactly how.”

You follow along as the images flicker at 24 frames per second. Malala’s story reveals itself in colorful pictures, and even though you know she’s sitting in a room telling her story, you still feel suspense about how it’s all going to end up, because that’s what animation does. It holds you in suspense and makes you want to know more.

Guggenheim’s use of animation to color Malala’s backstory with beautiful vivid images is something that he just can’t do the same way with B-roll footage and voiceover. The results of the animation are transcendent. Transportive.

Whimsy isn’t a word many people would expect from a documentary of one woman’s triumphant stand against the Taliban—including among other things, an attack on her life—but there are whimsical moments captured in the soft palette and rough animation of quiet daily life in Afghanistan.

Animation lets you see a world you never knew through the eyes of a young woman halfway across the world, if only for a moment. That’s nothing short of magical.