Whether you like it or not, Facebook is a major part of the social media landscape. While it’s not the biggest video platform out there (that honor goes to YouTube,) it has become a major player in the video space. The launch of Facebook Live streaming back in 2015 heralded the beginning of a new era in communication for people and businesses alike.

Businesses? Yes. Business can use live stream too, often to great effect. While a professionally produced explainer video is more polished and more versatile, Facebook Live videos have their place in your video marketing strategy.

In case you haven’t already tested the Facebook Live waters, a definition might be in order here. Facebook Live is a feature that enables users to live-stream video to their friends and followers. By tapping the live stream icon, you can start streaming video live from your phone or web cam. When the video is over you can do some simple edits and then save the video to your Facebook page, where it will stay available for viewing until you take it down or Facebook goes the way of MySpace.

You can even let people know that you intend to go live at a particular time. These pre-broadcast promos encourage followers to watch the broadcast (which can be up to four hours long). To keep viewers engaged, you can interact with them by speaking directly to them in your video. Their comments will pop up on the screen so you can respond in real-time, much like a webinar. Except that Facebook Live is completely free to anyone with a Facebook account.

It’s a simple process, and one that’s incredibly cost-effective in terms of production. You don’t need an expensive camera or fancy editing tools. However, don’t get carried away by the low-budget appeal of Facebook Live. You don’t want low-quality videos dominating your online content. Use it sparingly, in conjunction with higher-quality, scripted productions. Here are some ways to use Facebook Live, along with some real-world, live-streamed examples:

1. Look Behind The Scenes

Facebook Live streams aren’t perfect. People may move in and out of shots, the camera make shake, narrators may flub lines. But to a large extent, people don’t mind imperfection. In fact, they relate to it, and there’s nothing people love more than peeking behind the scenes. When you’re willing to be imperfect on camera, you remind customers that your business is full of real people.

Take Dunkin Donuts. Their first foray into Facebook Live didn’t look professional by any means, but viewers – 21,000 in the first 13 minutes of the broadcast – ate it up.

Our first-ever LIVE tour of the DD test kitchen + a big announcement for engaged Valentines!

Presenting raw and unedited videos might seem dangerous. Who knows what will happen next? That danger excites your audience. They don’t know quite what to expect with a live broadcast. This works well when creating buzz around a product launch. Chevrolet used Facebook Live to promote the launch of its Bolt at the Consumer Electronics Show. This not only gave viewers a sneak peek at the new car, but also a chance to see what CES is all about.

We’re coming to you live from CES 2016! Join us right now and connect with the latest news on the all-electric 2017 Bolt EV in real time.

Posted by Chevrolet on Wednesday, January 6, 2016

Facebook Live is a great way to show commitment to your community. Your company’s participation at local events, fundraisers, cleanups, etc. can be shared instantly. Big brand Starbucks got into the spirit by promoting National Voter Registration Day at a park in Queens, NY. When you live stream an event you bring viewers along on the journey. As a result, they feel more connected to your business and begin to view you as part of the community.

We're LIVE from Rufus King Park in Jamaica, Queens to Turn Up The Vote. Join us, Common and Howard Schultz to celebrate National Voter Registration Day.

Posted by Starbucks on Tuesday, September 27, 2016

A live broadcast can instantly highlight your company’s knowledge while offering helpful information to the audience. Recurring talk show-like sessions or “breaking news” videos can cover topics important to customers while they’re fresh. Bloomberg was an early adopter of Facebook Live, broadcasting live from its offices and trading floors to offer viewers an insider’s look (including their empty pizza boxes) while offering real-time market data.

We're LIVE with a market update from Tom Keene: Here are the most important charts of the day http://bloom.bg/2gZFiwV

Posted by Bloomberg on Wednesday, December 21, 2016

5. Drive Traffic To Your Site

By giving viewers calls-to-action during the live broadcast, like mentioning blog posts, videos or other content, you can draw large numbers of people to your website. Even though the content will still be there later, you’re creating a sense of urgency by mentioning it during a live video. People may feel like the need to check it out right now. Improve conversions by using Bit.ly or a similar URL shortener to make memorable URLs since you likely won’t be able to post them on the video until after the broadcast.

Utilizing its formidable arsenal of interactive tools, Facebook Live allows viewers to ask questions or leave comments. As the presenter, you can see and respond to these comments or questions in real time, creating a truly interactive experience for viewers. That interaction translates to better engagement. Juniper Networks saw a 500% increase in link clicks year over year and a 200-300% increase in engagements after launching their Facebook Live program.

Public cloud, private cloud, hybrid cloud, multi-cloud. We’re discussing the future of the cloud with Juniper’s own Scott Sneddon in today’s Facebook Live session at 10AM PST! Join us and share your questions and comments below!

During and after the stream, viewers can also share your video on their feeds.  A study by quintly found that native Facebook videos (including Live) drove an average 1,055% higher share rate than YouTube videos.

Analytics show you what works and what doesn’t. Facebook Live offers real-time engagement data, letting you test specific pieces of content on the fly. After your broadcast is over, you can view engagement metrics including likes, reactions, mentions, comments and shares. You can even see when people left comments or clicked a reaction button. That means you can constantly improve your videos, doing more of what viewers like and less of what isn’t interesting to them.

When the broadcast has finished, the video is not. It will be saved to your Facebook profile, and you’ll be able to write a title and description, choose or upload a perfect thumbnail image, and make other edits. So although the process may seem like a fleeting moment in time, your video will live on forever.

The best thing about Facebook Live: it’s easy to set up and get started. You can practice by deploying the platform on your personal Facebook page first. So drop your corporate guard and try connecting with customers in a more interactive and immediate way. 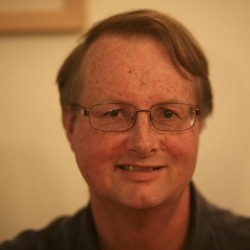 Scott Van Camp
Scott Van Camp writes about technology, marketing, manufacturing and a host of other subjects. Previously he was technology editor at Brandweek and editor of PR News.

Receive our
free eBook
when you sign
up for our
newsletter!

Receive our
free eBook
when you
sign up
for our
newsletter!