To help make our own decisions, we often rely on the decisions made by friends, family members and anonymous audiences. So it stands to reason that the more consensus there is amongst their decisions, the more sure we should be about our own, right? Well…not quite. That’s because there are hidden variables at play; unseen factors that influence decision. Luckily, to help make us more aware of these hidden forces and the potential dangers, there’s a crafty, compelling explainer video entitled Should You Trust Unanimous Decisions?, which we’ve selected as our PICK OF THE WEEK.

Should You Trust Unanimous Decisions? revolves around the “paradox of unanimity,” which is a term that was recently coined in a scientific paper co-authored by Derek Abbott, a physicist and electronic engineer at The University of Adelaide. Here’s a quick overview, in his own words, about what this concept is all about:

“If many independent witnesses unanimously testify to the identity of a suspect of a crime, we assume they cannot all be wrong,” Abbott explained to Phys.org. “Unanimity is often assumed to be reliable. However, it turns out that the probability of a large number of people all agreeing is small, so our confidence in unanimity is ill-founded. This ‘paradox of unanimity’ shows that often we are far less certain than we think.”

In this explainer video, that concept is beautifully brought to life by Brett Underhill, a Brooklyn-based animator and illustrator. Given the grace that glides through this explainer, it should come as no surprise to learn that Underhill is no stranger to explainer videos. His portfolio includes several impressive explainers that cover a diverse range of topics. Such as:

All of those are worth checking out (especially that last one, if you care about the Starks, Martells or Lannisters!) but today we’ll be focusing on this one…

3 Things We Loved About This Explainer

1. The Introduction: A few weeks ago, in Baiting the Hook: 6 Ways to Start Your Explainer With a Bang, we discussed how important it is that an explainer video open strong and explored some approaches to help accomplish this endeavor. We bring this up because the opening of this explainer ambitiously attempts to combine three of the items on our list (“A Startling Fact,” “A Personal Question” and “A Philosophical Question”). Weaving together disparate appeals can sometimes feel unwieldy or cumbersome, but–in one swift sequence–Should You Trust Unanimous manages to pull it off. How did they do it?

The narrative structure undoubtedly deserves a lot of credit, but it’s the animation that dazzles and smooths over any ruffles. Part of this is accomplished through the character animation, by crafting abstract–almost anonymous-looking characters– who still feel distinct: 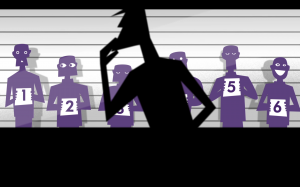 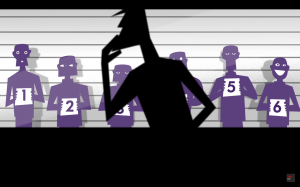 Another way is through perspective. While, at first glance, this might appear to be a first person POV–of us being the witness, staring down the lineup–the shadowed character in front of us makes this a different perspective; one where we’re looking at someone looking at the lineup (as seen above), which adds a degree of distance that fits into the narrative. 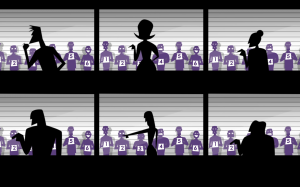 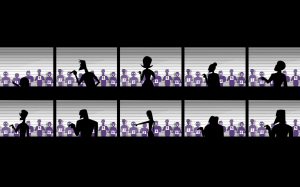 2. The Underrated Value of Those Quick Cutaways: The good news is that this explainer video opens very strong. The bad news is that by opening with an elongated scene (we spend the first 20+ seconds inside a police station) there’s an increased risk that the narrative may feel stagnant and that the viewer may tune out.

But that’s a risk that Should You Trust Unanimous Decisions nimbly escapes by doing something rather clever: packing a ton of cutaways into the following 20 seconds. And these aren’t just cutaways for the sake of taking the viewer elsewhere, rather each corresponds directly to the audio voicer and, taken together, helps puzzle together the larger thesis. 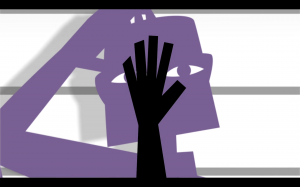 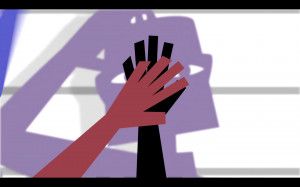 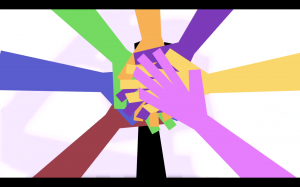 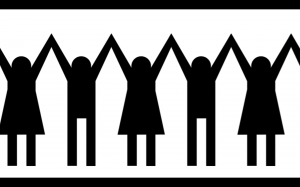 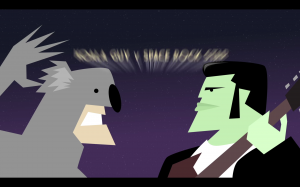 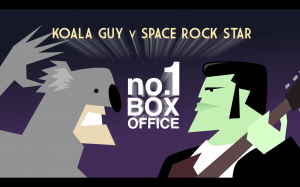 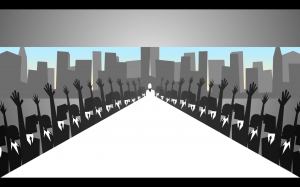 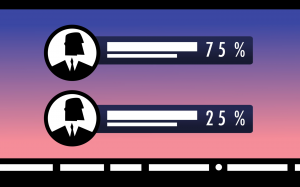 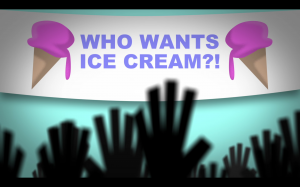 We also loved this technique of, later in the video, returning to the “scene of the crime,” so to speak, but utilizing different “criminals” to make a different point… 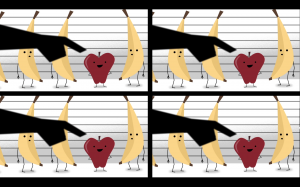 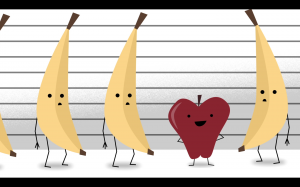